With “Zero Dark Thirty,” director Kathryn Bigelow’s turns the hunt for Osama bin Laden into the ultimate episode of “Dirty Jobs.” With the steely CIA Agent Maya (Jessica Chastain) driving the search, the movie slithers from Pakistan to Afghanistan to the USA, from 9/11 through multiple acts of torture and spy versus spy tradecraft to the final raid by the Navy SEALs that shut down the Al Qaeda chief permanently in 2011. The final sequence, the storming of bin Laden’s Pakistani compound, recalls Bigelow’s Oscar-winner “The Hurt Locker” — but the preceding two hours is more closely akin to John LeCarre’s “Tinker Tailor Soldier Spy.” There is not one moment of dead air or narrative padding. The movie ends once — Boom! — not three times and with a whimper. Engrossing. Complicated. Urgent. Spare. 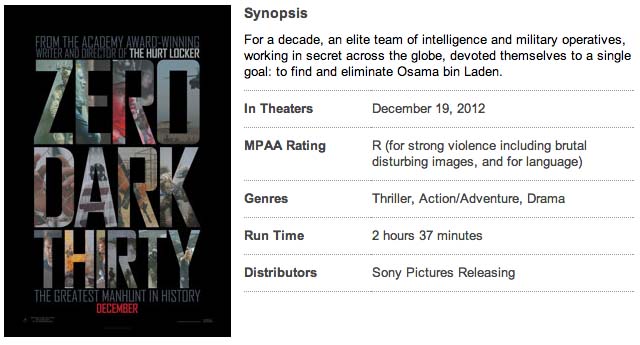 Chastain and Bigelow: the Dream Team
Bigelow, as the first woman to ever win a Best Director Oscar in 2010, has shown a sense of conviction, purpose and single-mindedness in the thirty years that she’s been making feature films. That spirit and will-power, not to mention talent, is echoed in the character of Maya, played by Oscar-nominee Chastain (“The Help”). Competence is a given. Maya’s a looker (so is Bigelow), but she owns her beauty without exploiting it like some cheap femme fatale. Spy-craft, like moviemaking, is a predominantly male sport. It’s a game a woman has to play particularly well, especially if she wants to be driving the train, as Maya does in the hunt for bin Laden — and Bigelow does behind the camera. Make sure you get your AMC Theaters Movie Tickets for this Oscar Winner.  You can order them here and save up to 40% off on movie tickets. 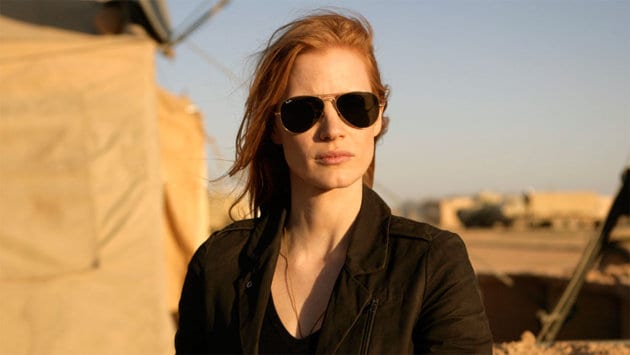