Get Super 8 Now On Blu-Ray, DVD, or Instanly with Stream with Amazon

Few filmmakers have ever had a run at the tables like Steven Spielberg, whose output from 1971’s Sugarland Express to, say, 1982’s E.T. displayed an amazingly unforced melding of huge set pieces and small human gestures. Even at their most chaotic, they somehow felt organic. Super 8, writer-director J.J. Abrams’s authorized tribute to classic Spielbergisms, hits all of the marks (Lived-in suburbia backdrop, check. Awestruck gazes upwards, check. Parental discord, check. Lens flares, amazingly huge check), but its adherence to the formula squelches much of its own potential. Appealing as it is to see a summer movie that retro-prioritizes character development over jittery quick-cut explosions, the viewer is always aware at how furiously it’s working to seem effortless. 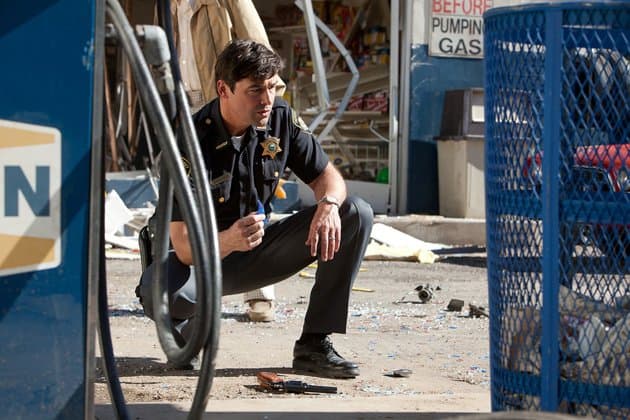 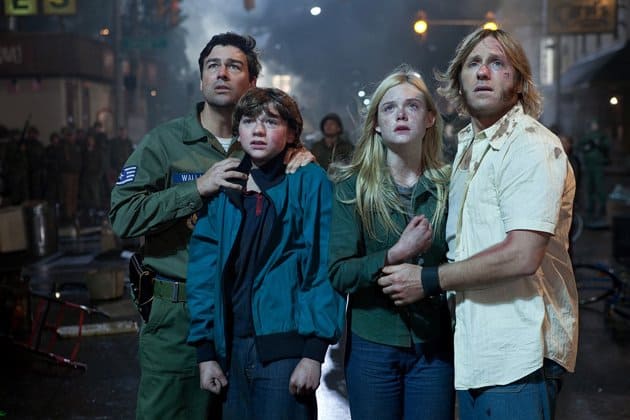 Set in 1979, Abrams’s script follows a group of movie-crazy kids attempting to make a zombie flick, only to have their plans cut short by a close encounter with a train derailment. As the military pours over the wreckage and neighbors start disappearing, the gang realizes that their footage contains a cameo appearance by an extremely grumpy guest star. For a film whose promotional campaign hinged so strongly on creating an air of mystery, Super 8 is a fairly straightforward melding of E.T. and Jurassic Park, albeit one featuring an oddly schizophrenic monster (he eats people… until he doesn’t).

Abrams makes his young cast shine (particularly when developing a hint of romance between leads Joel Courtney and Elle Fanning), while also providing a nice character arc for Kyle Chandler, as a widowed deputy who can see his relationship with his son slipping away. Aside from a few primo early jolts, however, the creature-feature aspects feel increasingly shoehorned in alongside the more assured coming-of-age elements. Abrams’s film has more than enough bright spots to warrant a viewing, but its insistence on worshipfully following the master’s playbook is a bit of a bummer. Imitation isn’t always flattering. –Andrew Wright