An iconic movie series turns 50. In 1954, Ian Fleming’s novel Casino Royale was adapted as an episode of the CBS anthology TV series Climax!. The episode starred Barry Nelson as “Jimmy Bond,” and was generally loathed by anyone who had read Fleming’s seminal spy novels (including Fleming himself). A Cary Grant-esque Bond may have sounded like gold to television producers, but it was a nail in the coffin for the character’s cinematic potential.

Thankfully, Fleming had fans that were aware of James Bond’s potential. After a few failed attempts by Fleming himself, producers Albert “Cubby” Broccoli and Harry Saltzman nabbed the movie rights to Bond in the late ’50s, and embarked on a journey that would eventually result in the first James Bond big screen adventure: Dr. No, starring a then-unknown Sean Connery, premiered in the UK on October 5, 1962. Action movies would never be the same. 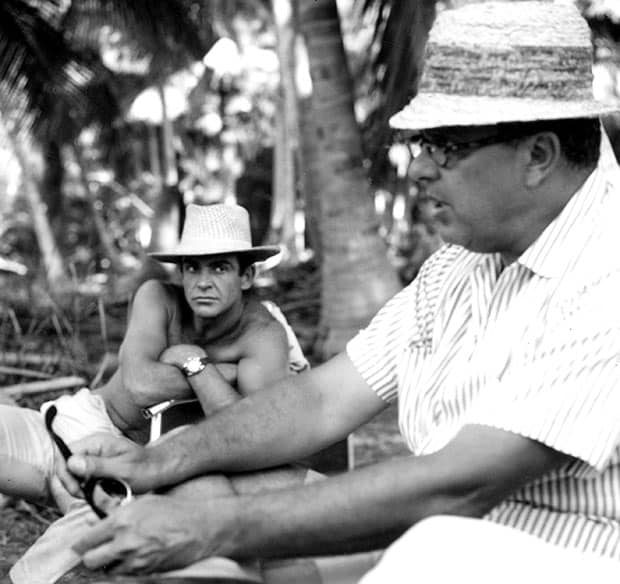 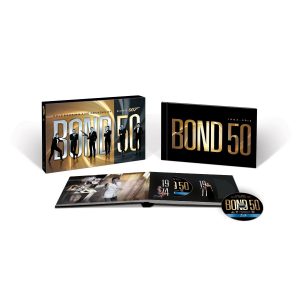 Are you a true Bond fan than you can’t miss this opportunity to own the ultimate Bond collection:
Bond 50: The Complete 22 Film Collection [Blu-ray]
The World of Bond – the 007 films have a look, style and attitude that is signature Bond. From the cars, to the women, to the villains and even the music, Bond films stand apart. The World of Bond takes the viewer through the best of five decades worth of classic James Bond in one thrilling montage. The World of Bond showcases the fascinating and entertaining interplay among unforgettable moments of danger, seduction, adventure and a dash of that distinguished humor that fans have cherished from the beginning up until now. To add to the experience, The World of Bond featurette will also offer a Pop-Up Trivia option to challenge even the sharpest of fans with little known facts and interesting trivia from the Bond Universe.

Being Bond – there’s only one James Bond – but he’s proven too much for only one actor to play the role. In the franchise’s 50-year run, six distinguished actors have taken on the part and secured a spot in cinematic history. Sean Connery, George Lazenby, Roger Moore, Timothy Dalton, Pierce Brosnan, and Daniel Craig each reflect on the impact and importance of taking on such a famous role. With this piece, gain insight into what each actor brought to the character and discover how they shaped the world’s most timeless secret agent.

SKYFALL Videoblogs – Behind-the-scenes look at the making of SKYFALL from the cast and crew.

Collection includes all 22 James Bond feature films from Dr. No to Quantum of Solace and more than 130 hours of bonus features including never-before-seen content from the Bond archives, and more.

One disc of brand new bonus content approximately one hour in length.

9 titles available on Blu-ray for the first time ever: Goldeneye, Octopussy, The Spy Who Loved Me, You Only Live Twice, The Living Daylights, Tomorrow Never Dies, Diamonds are Forever, A View to a Kill and On Her Majesty’s Secret Service.